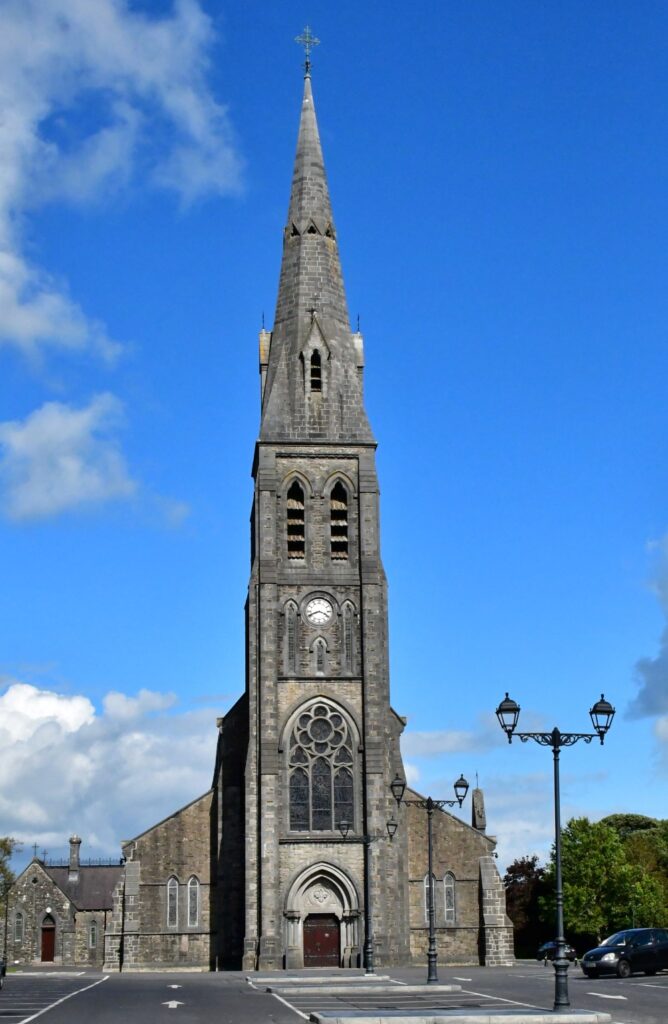 Ballaghaderreen (Bealach an Doirín, ‘The Way of the Little Oak’) is a strategically placed town situated beside the national N5 Dublin/Castlebar route close to the Mayo border in north-west Roscommon.
The town sits just north of the Lung River as it flows north-east to Lough Gara. The surrounding land is mostly flat pastureland with some significant areas of bog and some small areas of planted forest.
Ballaghaderreen has operated as a fairs and market town since the 1700s and continues in the role of a large market town and service centre for the surrounding areas.
The town continued to function and prosper as a market and service centre well into the 20th century, despite the post-Famine decline and acute difficulties being experienced by the rural west of Ireland generally. However, for a century-and-a-half from The Famine, Ballaghaderreen’s population effectively remained static .

The town has grown dramatically over the past quarter-century (by 538 people or 42% since 1991) but in the past decade its population has essentially remained static at around 1,800. Whilst it hosts a number of successful business, significant numbers of people living in the area commute to towns such as Castlebar, Sligo and Longford for employment.

A Petty Sessions House, Market House, Dispensary and RIC Barracks are in place
Cathedral of the Annunciation of the Virgin Mary and St Nathy is consecrated

Railway arrives in the town
Sisters of Charity open their Convent

Ballaghaderreen wins ‘People of the Year’ award for its refugee work

Your email is safe with us. We dont spam
Facebook-f
Twitter
Linkedin-in
Instagram
© 2021 ballaghaderreen.com. Crafted by Designwest.ie | Developed by Motion Monsters